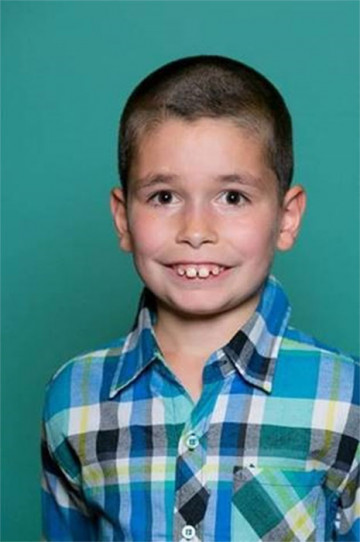 Darren is usually shy and cautious when meeting new people. When he becomes more comfortable with others, he begins to interact and play around just like any other child his age. Darren is able to play and entertain himself with his toys and he has no problem playing and interacting with other children. It is best for Darren to have intervals to himself so that he can take the initiative to explore and figure out new things within his world. Because of his age, Darren is interested in many forms of play that adhere to his impulsive nature. He enjoys playing outdoors, especially riding his big wheeler, playing with his cars and trucks, and playing in the dirt. He typically does things most boys his age enjoy doing. He also enjoys being on the go. If he sees you leave, he wants to leave as well. Darren is a very active child who does not understand the importance of stopping and taking a break. He needs assistance with some daily living activities. Darren likes to eat different types of foods and sometimes can be a picky eater. He knows how to finish his food whether it is via his hands or by using utensils. Darren has a good appetite and will usually finish the food on his plate. He goes to bed on schedule and wakes up daily to attend school. Darren follows directions fairly well, but at times he requires some redirection. When given a consistent daily routine, he does extremely well in adhering to what is being asked of him.

Darren needs a family who will provide him with support and nurture. The family will help him manage his behaviors in a positive way. They will be prepared to pay close attention to Darren because he is an active child. Darren interacts appropriately with children his age, but he seems to get along better with older children.